In 2012 a member of our committee visited a cemetery in New Orleans. Due to the land being ‘swamp land’ the deceased can’t be buried underground as they could either resurface when the ground was flooded due to storms or washed away. 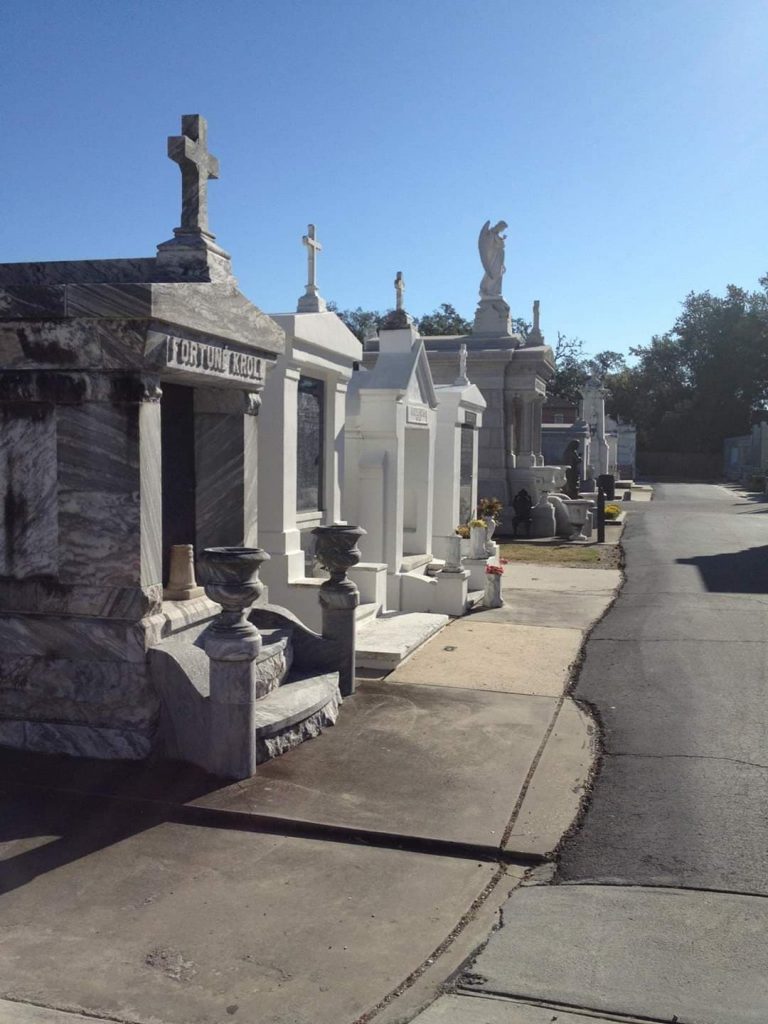 People are buried in these family tombs instead. The tomb would initially hold one person, then their child would be placed in front, then the grandchildren in front again and so on. Each time someone was buried in the tomb those who had previously been buried would be moved back one space to make room.

Interesting to see different burial practices, and the reason for their design. Our thanks to Kerry for sharing this.