Today, on Remembrance Sunday, The Friends took part in a ‘Living Memorial’ to highlight those groups of people who have often been forgotten for the service they provided during conflicts. In highlighting the Labour Corps we wanted to remind people of the work done by this group, especially in WWI.  We have 9 members of the Labour Corps either buried or remembered on the screen walls in Brandwood End. 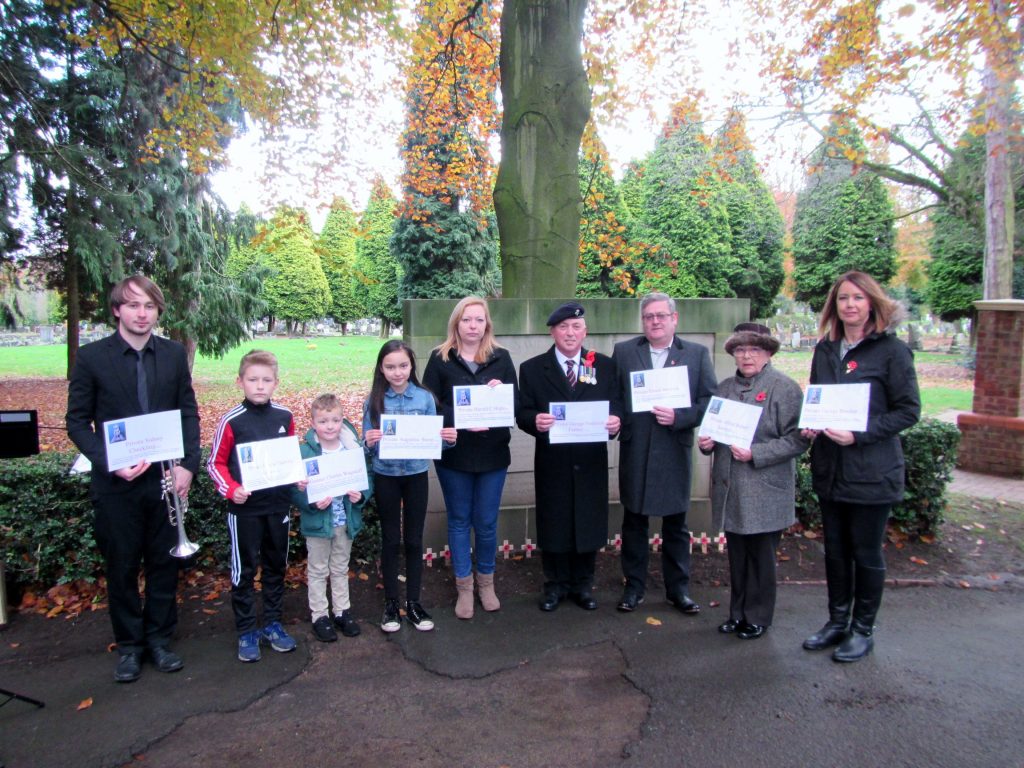 Their names and information about each individual can be seen above but also displayed on a large poster that members of the public were invited to read. We also included a short story of how the Labour Corps came to be formed and how it was made up from various regiments and initially staffed by those who had been wounded but deemed unfit to return to the front line. This information will remain on display on our notice boards and also is available for local schools and individuals with an interest.