Every May, cyclist travel from all over the UK to visit the National Cyclists Memorial  in the village of Meriden. This year a small contingent decided that, as they were unable to visit Meriden, they would lay a wreath in Brandwood End.

Built to honour the memory of those members of the cyclists battalions of the Army Cyclists Corps who died in World War One, the Meriden Memorial was erected in 1921 and on 21st May over 20,000 people turned up for its inauguration. 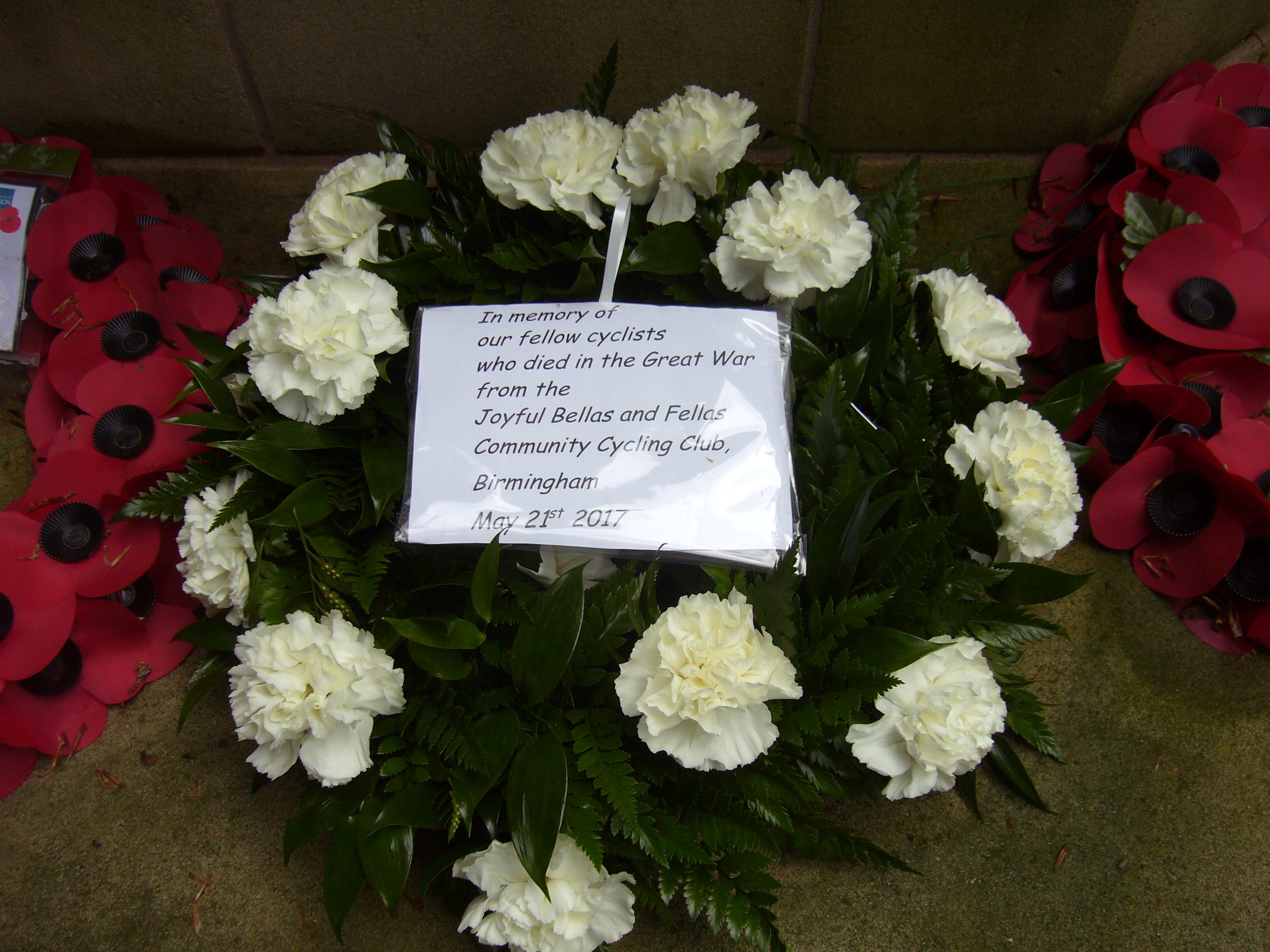 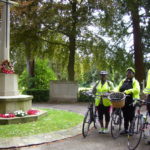 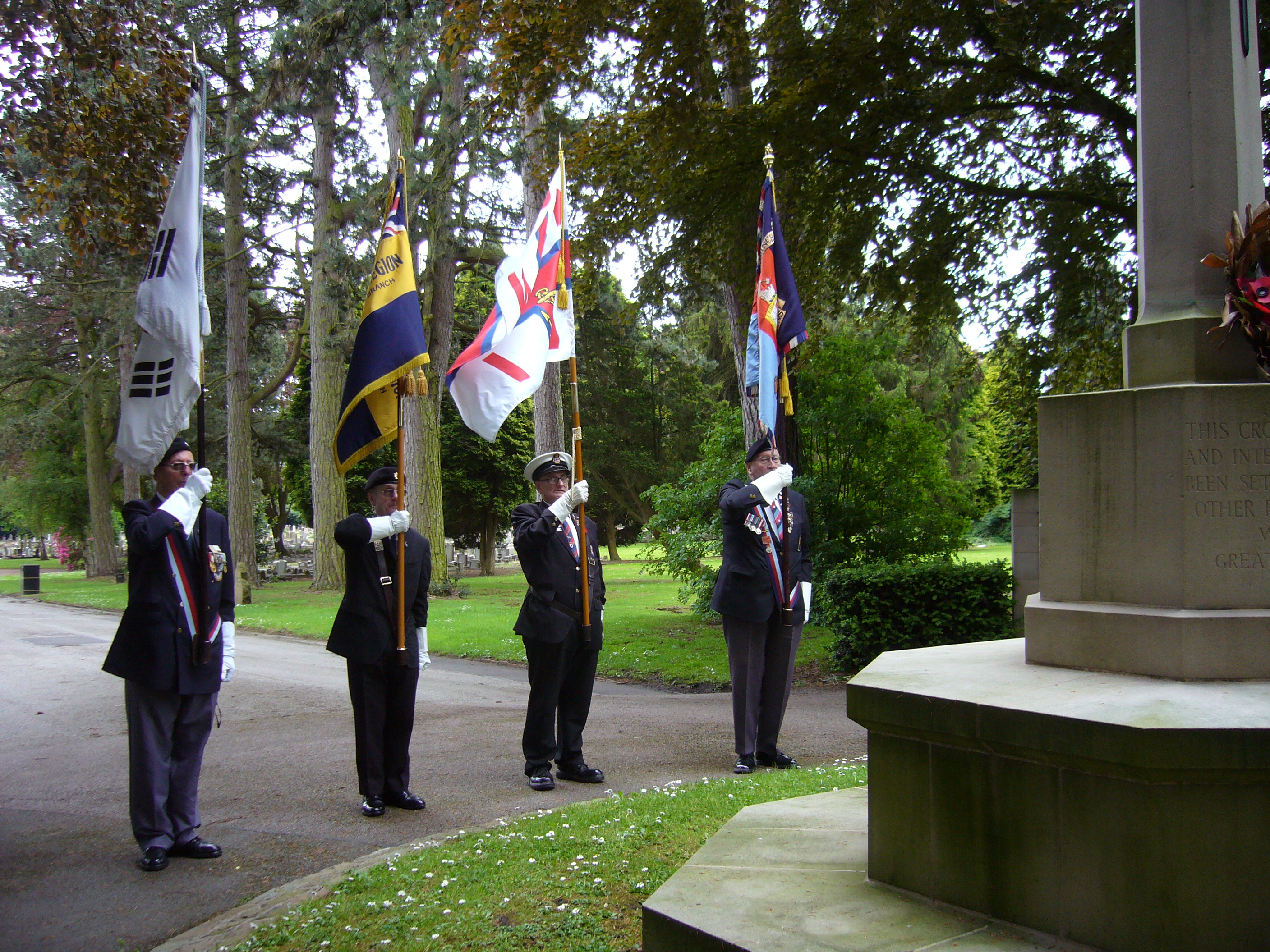 After a short prayer service, a wreath in the style of the original laid at the 1921 inauguration service at Meriden, was laid at the Brandwood Cross of Sacrifice.  Four Standard Bearer Members of the Federation of Birmingham Ex-Service Associations performed Tribute during the Last Post, a two minute silence was observed and Reveille played at the cessation.

The Cemetery trees in full spring foliage and the bird song during 2 minute silence added to the simple beauty of the occasion. All those who attended the event left in the knowledge that a fitting tribute had been paid to preserve the memory of The Fallen, and also took away with them a very good impression of what the Friends of Brandwood End continue to achieve in the cemetery.