The Friends have well over 400 followers of their Facebook site, many of whom post amazing photographs. The most recent input has been from one of the contractors working on the amazing transformation of the windows, with the addition of laminated security sheets.

This photograph is a taster- but you can view lots of interior and exterior ones via this link. 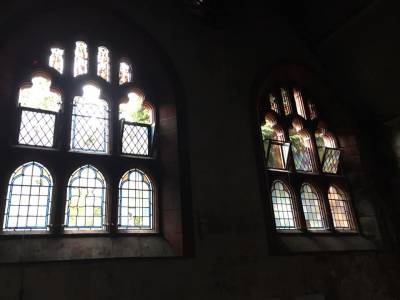 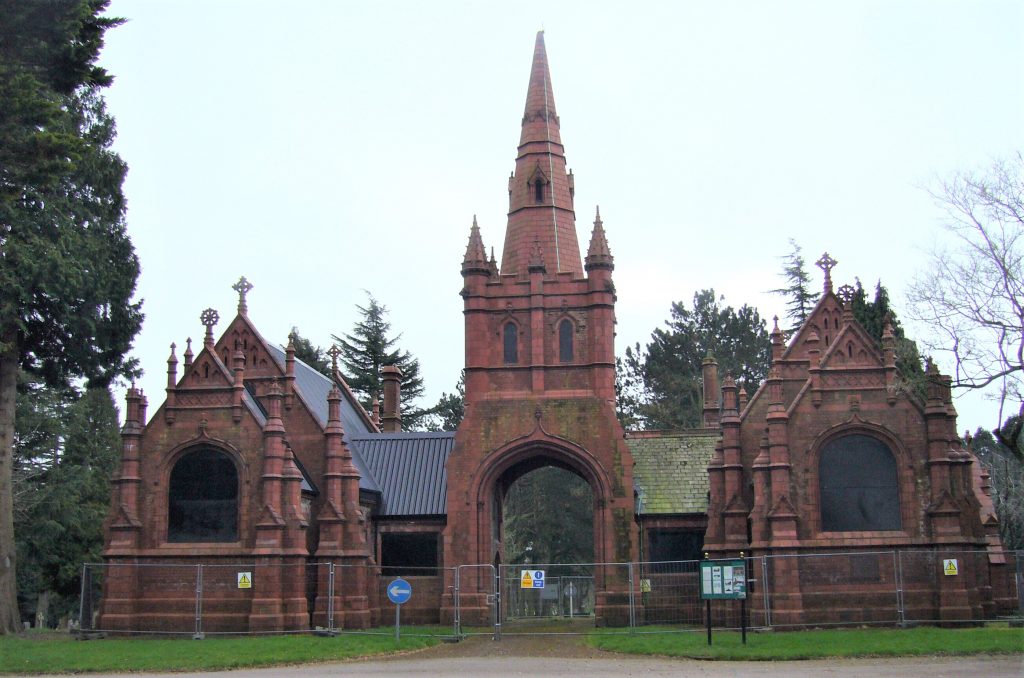 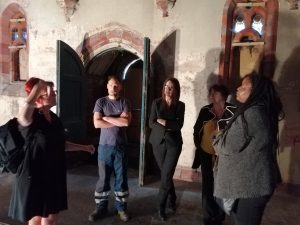 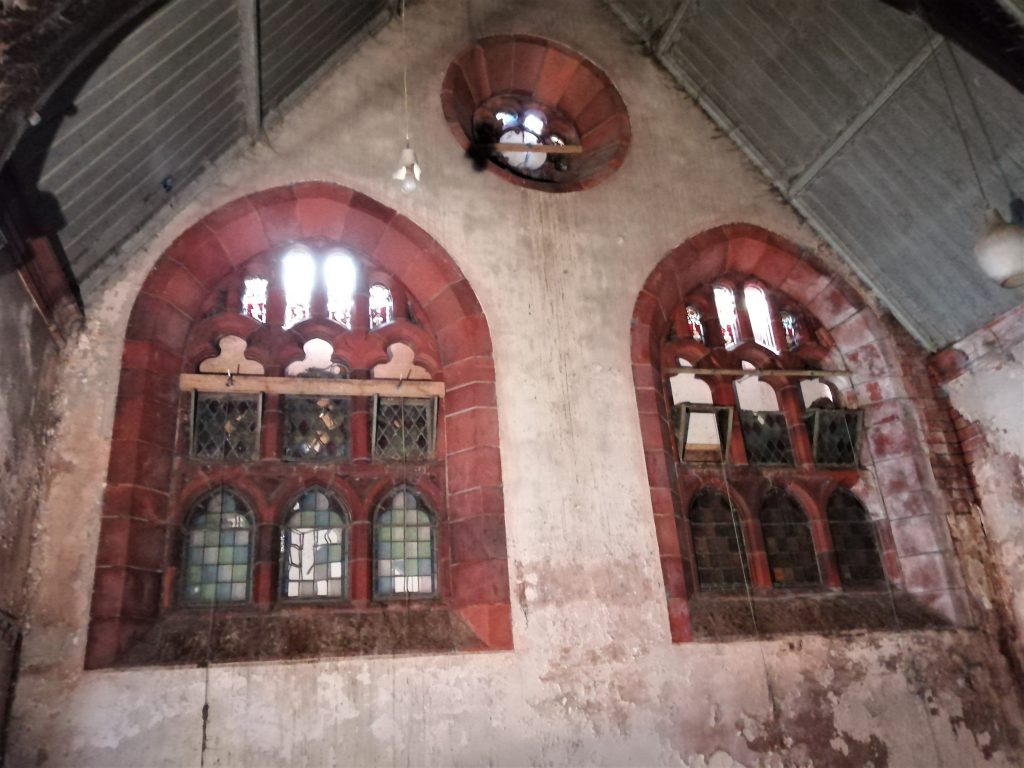 The eagle eyed amongst you, who read our article headed ‘Chapel news gets better and better’ will have spotted that everyone was standing in front of a new display board!

We were overjoyed when we were asked to provide content for a new ‘Interpretation Board’, to be installed in front of the chapel buildings. This has given everyone involved the opportunity to pass information about the chapels and their future to the public in general- especially those who do not use the internet and therefore are unable to view this web site or our facebook page.

Great to see contractors working again on the chapels today. They are making sure the window boards are secure and ‘pigeon’ proof, and then giving them a new coat of paint! We have been reporting on the stages of work being undertaken to place a new ‘temporary’ roof on the fire damaged side of our chapels in Brandwood End. We finally get to see the actual roof covering, and it looks pretty good.  This has been a ‘proper’ job and we have watched all the preparation, the wooden struts and beams, the boarding over, the weatherproofing and now the top layer.

Can we emphasize again that this is ‘a temporary roof to slow future deterioration and reduce Health and safety issues’…..not the start of a renovation. Following a routine building safety check , we understand that it was suggested to stabalise the chapel, a temporary roof should be installed thus reducing weather action and also tying in the gable ends of the building. Whatever the reason, the Friends think it is a great step forward as the main building will no longer look totally abandoned. All we need now is to get the shrubbery growing out of the building removed, the windows re-boarded and the shrubbery (you see above) kept at this low level- as it is now overgrown and as high as the windows. Nice neat fence…..and some interpretation to show we are hoping for a day when funds will be available to refurbish this beautiful building. The photograph below shows how it looks now ! (The one above taken in 2012)  Not good eh???  You can see why the Victorian Society have added it to their ‘At Risk’ register.